The action was directed against the official policy of the Foreign Ministry of India, urging their ambassady in the CIS countries be scanned women aged 15 to 40 years, traveling to India. Thus, the official Delhi wants to insulate itself from the invasion of post-Soviet women, allegedly responsible for the rapid development of India's sex industry. Oksana Shachko (R) 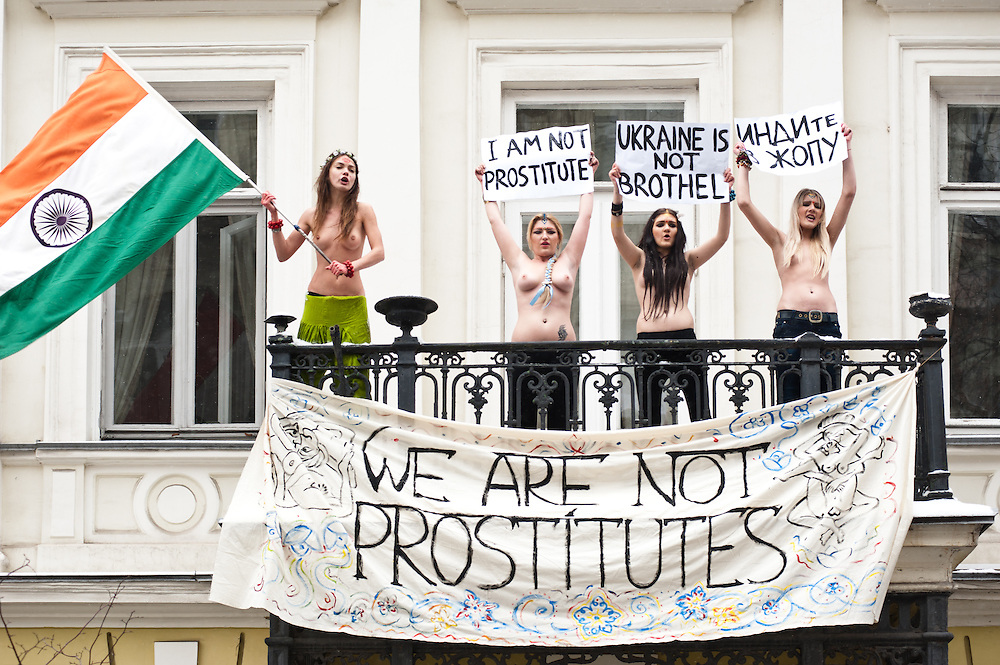